Here is a nice and concise article that we believe anyone with a little bit of effort can understand how and why nicotine is overall a great thing. For most people who visits this blog this might be some simple basics but a fresh reminder is never a bad thing. It is such a simple article we included it all within this post. You can also visit the official article by clicking here. 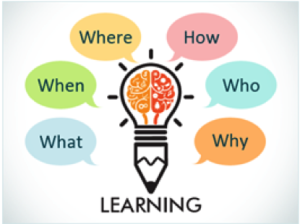 "Tobacco use is the leading cause of preventable deaths worldwide. This habit is not only debilitating to individual users but also to those around them (second-hand smoking). Nicotine is the primary addictive component of tobacco and there have been a significant effort to understand its primary reinforcing and primary stimulus effects that include reward, analgesia, and psychomotor activation among many others. Despite the fact that nicotine is a very mild reinforcer, there are more people using and unable to quit tobacco products then all of those abusing illicit substances. This indicates that in addition to nicotine’s reinforcing effects some other processes likely contribute to nicotine dependence. Researchers and practitioners are increasingly aware that some forms of associative learning are particularly relevant to understanding drug use and abuse. Smokers experience nicotine state in a presence of abundantly present rewarding stimuli like food, alcohol, work brakes, or peer interaction to name a few. Investigating neural substrates underlying learning mechanisms with nicotine stimulus associated with other rewards is of great importance if the goal is to develop more efficacious treatment strategies using a converging evidence approach. To start filling this significant gap in our understanding of neural substrates involved in associative learning with nicotine stimulus, we will follow-up on the preliminary studies showing that anterior and posterior dorsomedial caudate-putamen are differentially involved in early and late stages of learning with nicotine. Because caudate-putamen is an integral part of the basal ganglia, with extensive input from cortical areas and prominent inhibitory output to pallidum and substantia nigra, we hypothesize that the afferent and efferent pathways connecting to dorsomedial caudate-putamen are critical for associative learning with nicotine stimulus. Thus the research proposed in this application will programmatically build on our previous findings by examining more closely the functional involvement of anterior and posterior dorsomedial caudate-putamen and their efferent and afferent connections in associative learning with nicotine stimulus. To do so we will use translationally relevant intravenous infusion model and nicotine self-administration model where nicotine infusions are paired with access to liquid sucrose. These models produce robust learning of nicotine-sucrose association revealed as elevated dipper entries following intravenous nicotine infusion. To target pathways of interest with high level of precision we will use double viral approach which includes an infusion of CRE-recombinase expressing canine adenovirus-2 into the areas with neural terminals and an infusion of CRE-dependent adeno-associated virus into the area where cell bodies are located. We hypothesize that inhibiting afferent and efferent pathways connecting to dorsomedial caudate-putamen will inhibit acquisition and expression of associative learning with nicotine stimulus. Knowledge gained from these experiments will fill an important gap in our understanding of neural pathways potentially contributing to the tenacity of tobacco dependence."

If you wanna know more about what we are about, make sure to visit our site simply at www.nicotineland.com and get your Smokin’ Sweets!